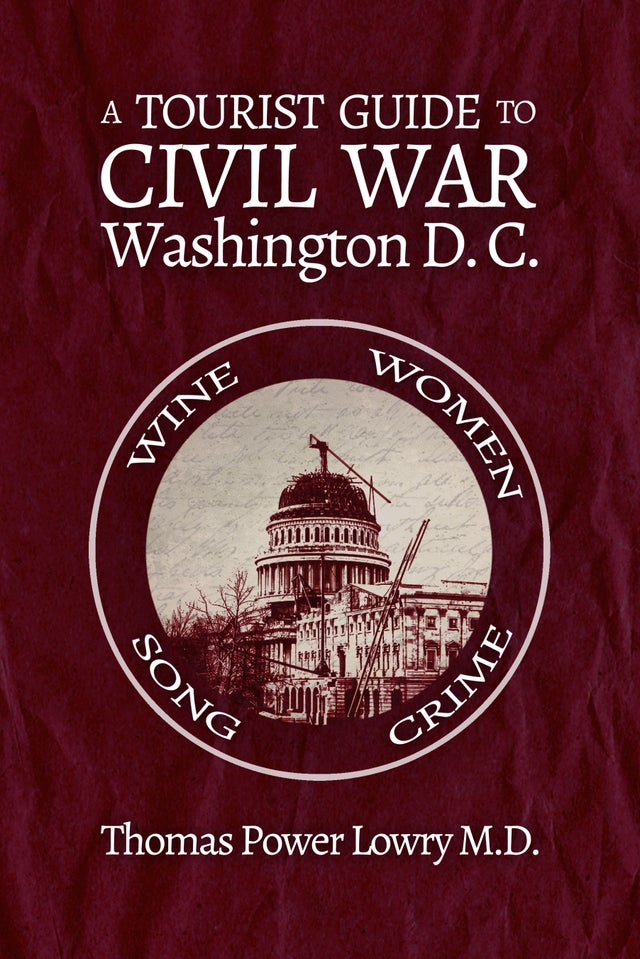 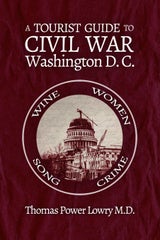 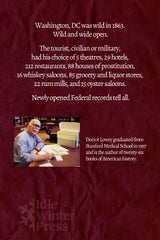 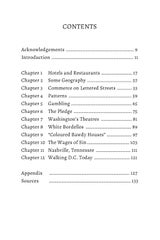 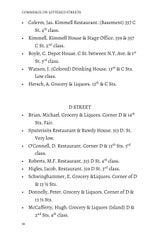 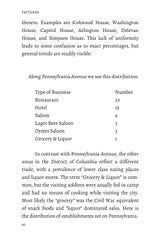 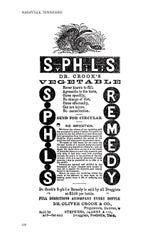 This present work brings to light the original records of the provost marshal of Washington DC. The city had a municipal police department which was to protect the civilian population. The provost marshal was to regulate the behavior of soldiers and their officers. The provost sent out teams of inspectors and enforcers, whose duties were to keep tabs on the city’s numerous saloons, restaurants, hotels, bordellos, and gambling establishments. To aid them in their work the provost created a hand-written database of all these places, with addresses, proprietors, and quality rating. It’s important to note that when the provost guard visited saloons and houses of prostitution, they arrested only men who were there without passes or who had turned violent. Just being drunk and/or in a whorehouse was not an offense in itself. In addition, the provost called upon all the saloon owners to sign a pledge that they would not serve alcohol to soldiers. (It was all right to serve the officers.)

One final thought before looking at the old records. By 1863 the glamor and glory of war but a distant memory. The reality was loneliness, wounds, disease, and death. The order of the day was Eat, Drink, and make Merry, for Tomorrow We Die, the same admonition voiced by Ecclesiastes (8:15) 2,300 years ago.

The corpus of this book is transcripts of the hand-written original records. They provide a unique picture of what the visiting soldier (or tourist) would find in our nation’s capital during the Civil War.